Seeing the stories about pollution in India reminds me of how beautiful I found that county. I remember the haze in the air but nothing like I’ve seen in media reports of late. Sad to see it so polluted.

When I was in China, the only communists I met were wearing uniforms at the airport. Everyone else was a budding capitalist looking to make a connection or make a deal.

On my last day there, I managed to break away from my guides. I had six hours before my flight. I convinced the driver (with the aid of a a fistful of dollars) to take me the long way, on the backroads, to the airport. I had him stop several times on the drive along unpaved backroads through small villages and towns.

What I saw there made me feel as if I had travelled back a century in time. Subsistence farmers tending small, roadside plots. Chickens scurrying about. Dogs wagging their tails while offering low growls of warning. A farmer pushing his hay in what looked like a handmade cart along a dirt road. No one with even a word of English in their vocabulary trying to communicate with me, a man of the mountains of East Tennessee and Southwest Virginia without a word of Chinese in my own quiver.

It was a wonderful way to end my journey across China which took me from the teaming metropolis of Hong Kong, to the Blade-Runner cool of Shanghai and then to the industrial city of Lianyungang before a final few days in Beijing.

I enjoyed the rural countryside but I loved Hong Kong. The energy of the place grabs you by the scruff of the neck, shakes you hard and then tosses you down side streets where temples huddle next to skyscrapers. It is a truly international city where you can find anything your heart desires. You can disappear in Hong Kong and only be seen if you decide to reveal yourself. I disappeared for a few days and then gathered myself and prepared for the rest of my travels, refreshed and renewed, with the smell of incense lingering behind my eyes.

In addition to the other insults of 2020, we lost Smooch. He was our little rescue Schnauzer. Boon companion. Sleeping buddy. Brought to us through tragedy, he gave us love and companionship with few requirements.

He died this summer. A lesion on his spine took his legs. He went quickly and with just a few hours of pain and confusion. It broke our hearts.

After a decent interval, we decided to find another dog. Not to replace Smooch, but to fill the hole in our hearts.

Unlike Smooch, who never wanted to be outside more than five minutes, Karl demands long, rambling walks in East Nashville four to five times a day. Smooch was always Ruby’s dog. He had bonded with Ruby as I filled out the paperwork to adopt him. From that first moment, he stayed by her side day and night. Karl is loving to both of us but he is, most assuredly, my dog.

I’ve always wanted a dog that sat at my feet while I worked or jumped in my lap for ear scratches. Karl is that dog. When I lie down to enjoy a football game, he snuggles between my legs and goes to sleep.

Karl also loves riding in the car. Karl Trips we call them. He bustles over into my lap and when he turns around his big butt blows the horn.

Karl cannot fill the hole in our hearts left by Smooch, but he is carving out his own place in our lives. A source of constant love and companionship. In these dire times, we could ask for nothing more. 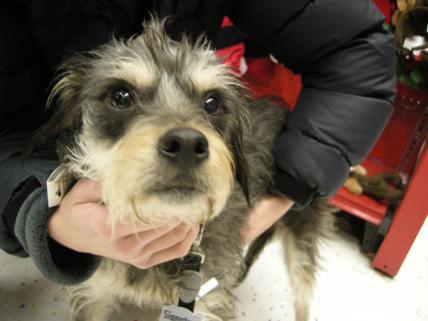 We got him ten years ago today. His eyes were heavy, haunted and full of pain. He was so afraid. Steeling himself against the next horror. Then Ruby came into his life. I wanted a dog. She was less interested but got excited when we started looking.

Smooch bonded with her in the first moments and, for a decade now, he has been at her heel, by her side, in her lap and showered with love and attention. At first, he wouldn’t make a sound but slowly he found his voice which is now comprised of a wide variety of whines, grunts, groans and barks. He practically talks.

His eyes are now bright and beautiful. He is full of life. He greets us with excitement when we return home and, sometimes, when we have just briefly left the room.

We rescued him but, in many ways, he rescued us. 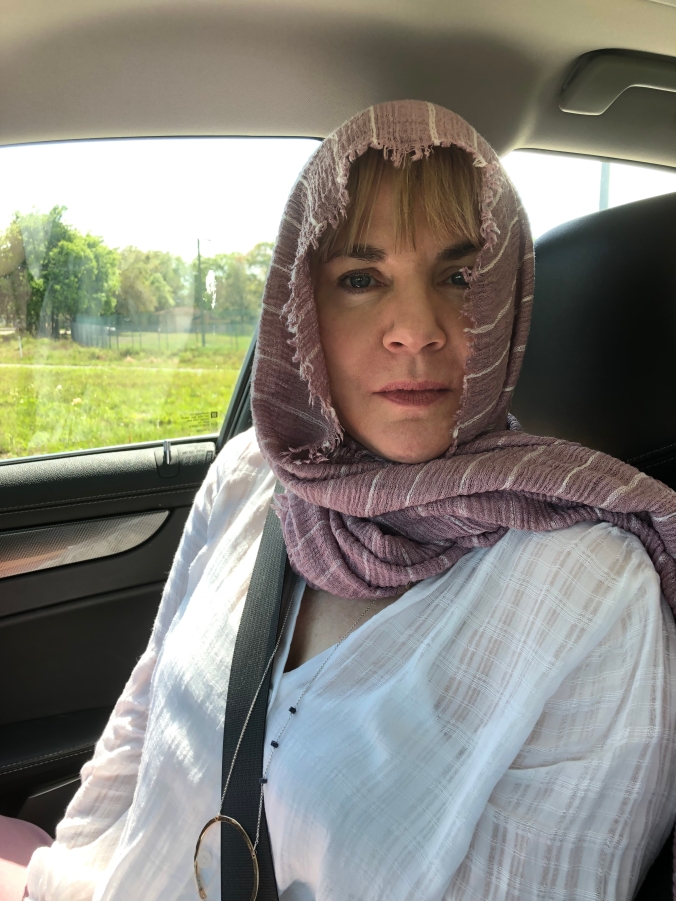 We went to a mosque today. The kindness of the people of Islam is unsurpassed.

We were guests and treated as family. We prayed with them. We ate with them. We sat quietly and shared stories of our hopes and dreams.

Wordless understandings were reached. We were at peace. 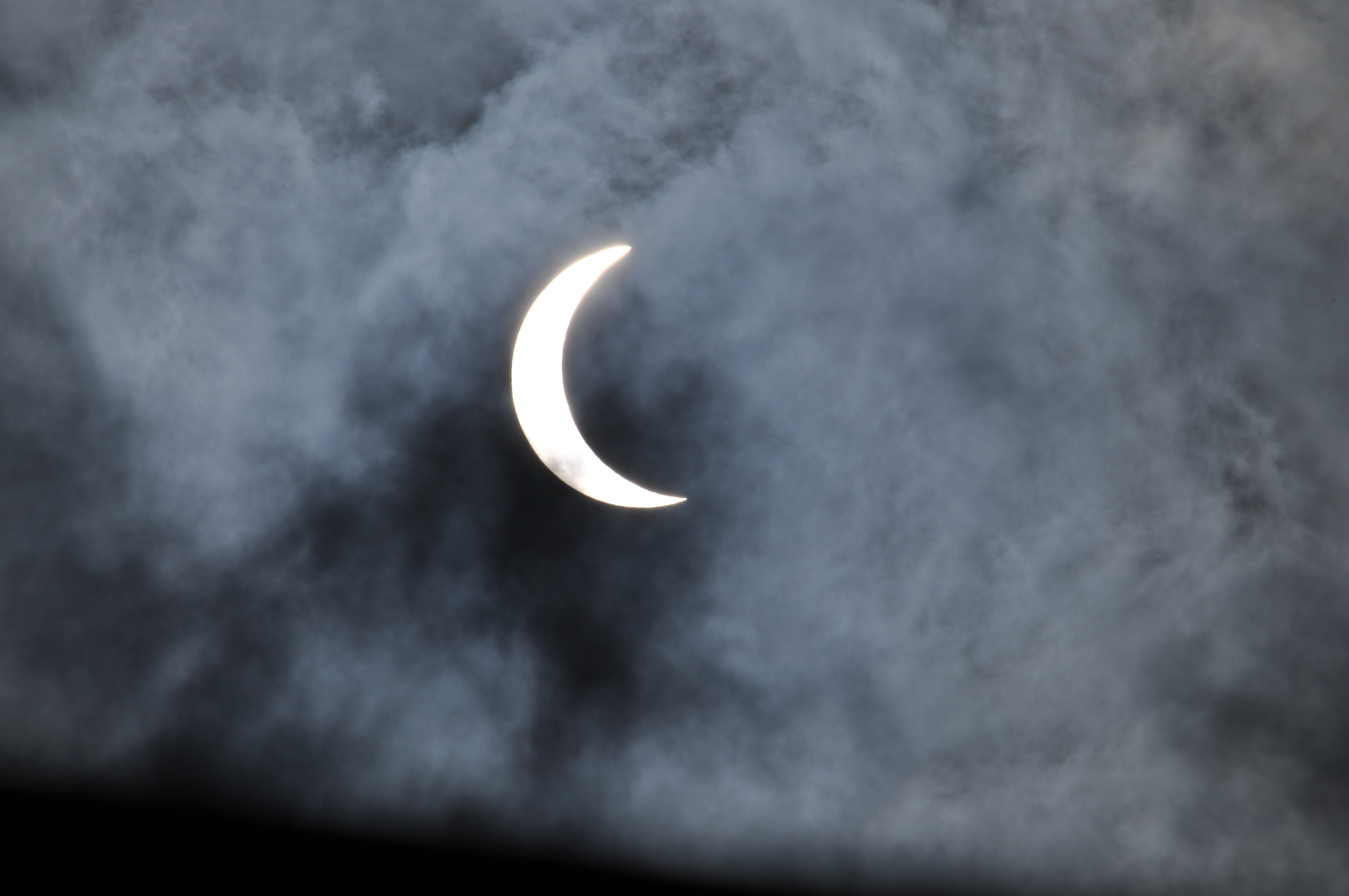 As a creature of the night, I have enjoyed a long and indiscreet love affair with the moon. I was reminded of that today when that orb briefly blocked the sun. I was also reminded of something I wrote for the woman who became my wife just a few days after I met her.

There have been times in my life when I felt strange. A stranger in a strange land. I felt this way a lot when I achieved consciousness in my middle teens. I loved my family and where I grew up but I felt disassociated, like I didn’t belong.

I have traveled around the world and have, on many occasions, felt the same way. Last week, due to circumstances beyond my control, I went to a mall. Not just any mall. It was the “big nice mall where the rich people go” in Nashville. From the moment I arrived, until I left with my newly installed cell phone battery some three hours later, I felt as if I were a voyeur from another time and place.

Going to a mall isn’t that strange to me. I’ve gone to malls since malls became a thing in my youth. I am, however, an early adapter to technology and have moved almost all of my shopping and bill-paying life to the online world. In the last several days, on several different occasions, I have thought of something I needed and with a few clicks of my mouse a vast yet invisible machine was galvanized to action and I shortly had the thing in hand. On the other end of the spectrum, my wife and I love patronizing local businesses and restaurants and cafes. They are, for the most part, authentic places run by authentic people in our neighborhood. We often make the conscious decision to patronize these businesses because we know it is good for our neighborhood and hour community.

I guess it has been a while since I wandered aimlessly around a mall because I was gobsmacked by the opulence of it … the vastness … the amazing beauty of it … chrome and glass and elegant wood and beautiful tiles. It was an afternoon of a weekday so I guess it should come as no surprise that there weren’t many people there, except in the restaurants and the phone store where my phone was undergoing emergency surgery. That probably contributed to my vague sense of unease.

I then understood why a recent report estimated that 20 to 25 percent of malls in America will close in the next 5 years. No wonder. The mall felt like a temple erected to the minor gods of consumption. But these minor gods have fallen out of favor. Now we worship the minor gods of convenience and efficiency. If I need blue jeans or shoes I don’t need them to be artfully arranged on a shelf crafted of the finest old growth timber hauled out of a rain forest in South America. I felt uncomfortable with the unapologetic sense of luxury, of exclusivity. There was also a sense of waste. A false sense of choice. I had a feeling that is just the opposite of the feeling I have when I walk into a little store or cafe and am greeted by name by the owner. It was nothing like the feeling I had while walking through Rome, or Florence, or Lianyungang, or Bangalore or any of the actual temples I have visited around the world.

The disruptions and upheavals in our world and our economy will continue and a New World will be born. Whether or not it will be a new and better New World will be up to us. Because all of this is being done by humans it will be imperfect. Some good. Some bad. I honestly don’t think anybody will miss the malls.